Jesus Christ, the Son of God, entered the womb to redeem the world, to forgive sinners, reconcile humanity to God, and make all things new. 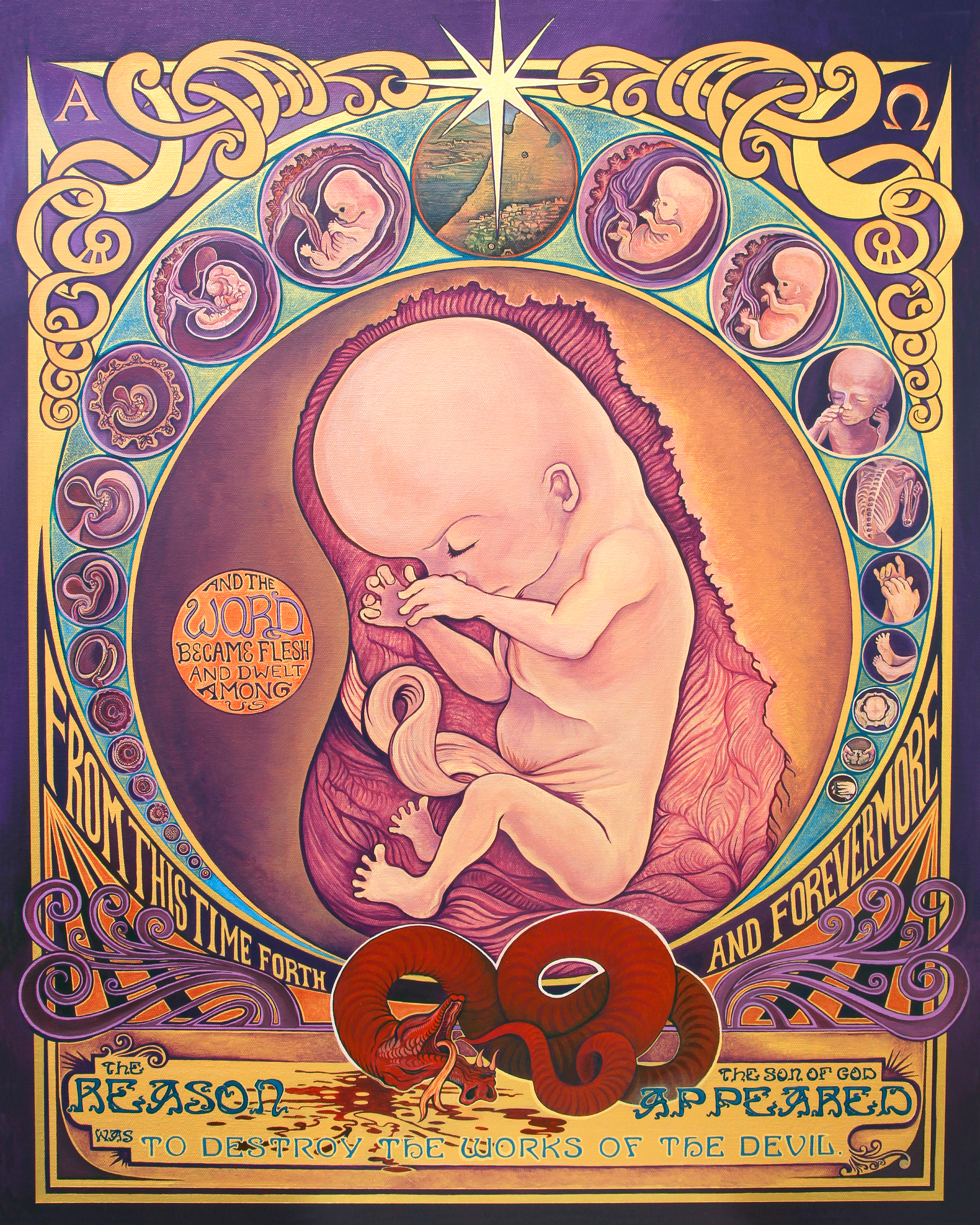 Jesus Christ, the only begotten Son of God, did not enter our world through a birth canal. He did not begin his earthly existence in a manger in Bethlehem. He began his human life in the womb of a young, unmarried woman who was not planning to be with child.

The Creator of the cosmos came down among us and began His earthly existence as a human zygote no larger than a single cell. The Light of the world entered the darkness of the womb and underwent every stage of prenatal biological development before being born into a hostile world that immediately sought His destructions.

He became like us in all things in order that He might live just as we lived and face the same dangers, temptations, and troubles we face as fleshly creatures living in a fallen world (Heb. 2:14-18; Col. 1:15-23).

The Incarnation of Christ stands in direct conflict with all forms of child sacrifice. Modern forms include chemical and surgical abortion, the use of abortifacient drugs and devices designed to make the womb inhospitable for human embryos, and all destructive methods associated with the dehumanizing practice of producing children outside the womb (IVF). Christ continues His work today as He leads His people to actively bring the Gospel of His Kingdom into conflict with the practice of human abortion.

Abortion and the Incarnation of Christ